The Upcoming Israeli Elections and Peace between Israel and the Palestinians

The Israeli General Elections are in the offing and soon the parties will be campaigning in order to win. One does not have to be a genius to realize that no party will gain an absolute majority. The idea of peace between and her neighbours, especially her Palestinian neighbours, will be regarded as a hot potato by the triumvirate (Likud, Kadima and Labor). This will not be given high priority as it should. The party that makes peace as part of its agenda will not gather much votes. Making peace means compromises and this means land exchanges and withdrawals. This is not the stuff of winning in the Israeli Elections. Paying vague lip service to peace is desirable without being specific as to how peace can be achieved.

In a previous article I discussed the dilemma that faces the serious voter in making his choice. There does seem to be a realignment of the left under the Meretz Party banner. It remains to be seen what party line they will take when the election campaign heats up. The performance of the Meretz Party over the last 4-5 years has been disappointing. They are not even the shadow of the party they once were under Yossi Sarid and Shulamit Aloni.

The past week has been a week of vicissitudes. Yakov Alperon, one of the crime gang leaders was assassinated. The stock exchange continues to plunge to new low depths. The “hill top” youths, cladded with the trappings of holiness and religiosity – the kippot (head covering), tsitsit (holy fringes) and peyot (ear locks), went wild, hitting and injuring soldiers who carry out their duty as well as desecrating mosques in Hebron by painting slogans of “Mohammed is a Pig”. They also did tremendous damage to Palestinian property as well as Israeli Army vehicles. Their behaviour has been more than disgusting; I thought to myself, that had these Jewish hooligans been Palestinians, the army would have shot them. They were hardly punished! The excuse – the Israeli Police Force and Army do not have the tools to deal with them! However, they seem to have the tools for dealing with Palestinian lawbreakers. These hooligans seem to be left to their own devices with minimum punishment while the Israeli law authorities gently convince them of their naughtiness and plead with them to stop. No arrests have been made despite the fact that it would be relatively simple to arrest them and make them accountable. There are those who say that they were under age and the law does not provide for their punishment. However, the law does seem to provide for the punishment of under age Palestinians who break the law which often ends in severe injuries to these children if not in death.

This behaviour is the result of their upbringing within the framework of the extremist right wing, despicable settler movements. The settlers make land grabs by stealing Palestinian lands and destroying Palestinian olive groves. Their offspring learn from their parents – goaded by their right wing rabbinical mentors. In order to understand the behaviour of the settlers, it would be a good idea to have some idea of Jewish Fundamentalism. It is not the purpose of this article to go into details about this mutant of Judaism except to say that "Gush Emunim rabbis have continually reiterated that Jews who killed Arabs should not be punished, [e.g.]...Relying on the Code of Maimonides and the Halacha, Rabbi Ariel stated, 'A Jew who killed a non-Jew is exempt from human judgment and has not violated the [religious] prohibition of murder'...The significance here is most striking when the broad support, both direct and indirect, for Gush Emunim is considered. About one-half of 's Jewish population supports Gush Emunim." " Shahak and Norton Mezvinsky's "Jewish Fundamentalism in "

This unfortunately is the basis of their belief in the Greater Israel concept.

"The state of Israel has become the enemy of the people and the land of Israel," settler Rabbi Shalom Dov Wolpe said Tuesday 18th November 2008 during an emergency meeting on the state's plan to evacuate a house in Hebron whose ownership has been at the center of a bitter dispute for over a year. When religious leaders make statements of this nature then there are those right wing settlers who take them seriously thus taking the law into their own hands. This opens the door for right wing settler anarchy and violence towards the Palestinians as was witnessed a few days ago.

What does one expect? If the Defense Minister, Ehud Barak, allows for the expansion of existing settlements and he is supposed to be the head of the left wing block, then his utterances of peace is cynical and hypocritical. How could one make peace with one’s neighbours while at the same time grabbing their lands or being instrumental in passing laws legalizing theft of Palestinian land for illegal settlements? When the pace of land grabs is not rapid enough for the settlers then they send their children to do the job by taking over outposts and creating havoc against the army and the Palestinians. When one creates a monster to benefit one’s own interests that monster eventually turns against the creator and becomes uncontrollable. Why the outcry when the settlers attack the army that tries to prevent settler violence? The right wing settler rabbis support

is showing signs of becoming an apartheid state. The proof is in the pudding when it is clear that the Jewish hooligans and their siblings in the territories are treated with kid gloves while their innocent Palestinian counterparts are treated more severely when stuck at check posts crossing over to visit their families or attend to the harvesting of their crops where their lands are divided by the security fence.

No government coalition has ever addressed the land grabs by settlers. Instead they pass laws legalizing it and then telling the world that seeks peace. Land grabs, illegal racist settler movements and right wing racist rabbis who are given the green light to be spiritual mentors of the settlers are incompatible with ’s desire for peace. This leaves a large question mark as to ’s credibility amongst the world of nations. is becoming an expert in double talk.

The biggest obstacle to peace between and her Palestinian neighbours is the settlers. They are creating a situation on the ground making the two state solution more difficult to attain. This leaves the only alternative – a one state or binational state solution. The latter is NOT the creation of anti-Semites as many Israeli supporters maintain, but the creation of facts on the ground by settlers occupying Palestinian lands making the two-state solution more and more unattainable. Today there are more and more forums that are discussing the binational state solution and if there is no total withdrawal, this will be the only game in town as far as solving the conflict is concerned.

According to David Kimche, former director general of Israel's Foreign Ministry, and president of the Israel Council for Foreign Relations and a member of the Israel Policy Forum's Israel Advisory Council, says in a recent article in the New York Times that “the concept of a negotiated two-state solution - a Jewish state of Israel living in peace and security alongside an independent, economically viable Palestinian state - that has been widely accepted for more than 15 years is disappearing before our eyes”.

If the contesting parties in the upcoming Israeli Elections do not address this issue of the occupation and withdrawal to the 1967 pre-Six Day War borders, the only conclusion reached will be Israel’s desire to rule over another people using the settlers as a means to achieve that end. This is incompatible with peace. will also continue to remain a colonial, apartheid state with all the dangers entailed.

The US Elections, Israel and Palestine 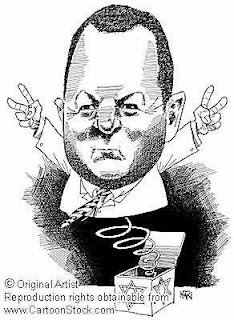 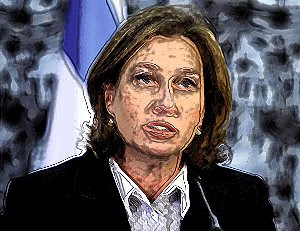 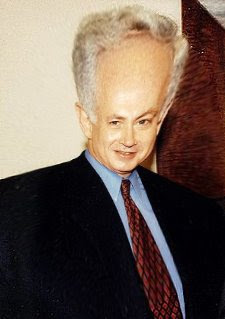