Book Review - All the Rivers by Dorit Rabinyan 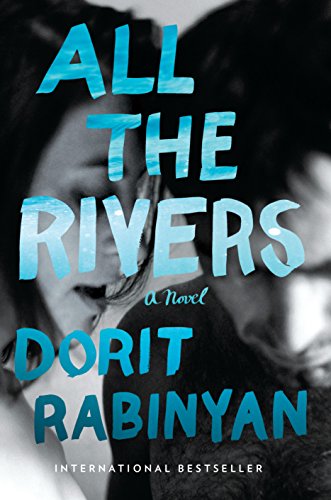 This book is a fantastic read and holds one's interest from the first page to the last. It is a remarkable novel about two people falling in love in New York. It is forbidden love - love between an Israeli girl, Liat, and a budding Palestinian artist, Hilmi, who paints. Both meet each other in New York - love at first sight. The story begins in 2002, when the US was still recovering from the Sept 11th, 2001 tragic Twin Tower collapse caused by Al Qaeda terrorists flying two passenger planes into these towers. Liat had a visit from FBI detectives, who came to her apartment to interrogate her. Somebody had seen her typing in Hebrew on her laptop in a cafe and thought she was typing in Arabic. The post-Twin Tower tragedy had left the US in a state of high alert and suspicion of foreigners, especially from the Arab countries. It was an unpleasant experience of course for Liat, who has a fairly dark complexion that rose suspicions. After the questioning, the FBI detectives realized that she was an innocent person and left her apartment.

The story continues and both main characters within a few hours of meeting become lovers. Their love for each other, despite the doubts that each had about their relationship because they knew that their respective societies will view their relationship as forbidden. The book is written in the first person and Liat relates her experiences and her deep feelings for Hilme throughout the novel, despite the lingering questions in her mind as to how her family in Tel Aviv would react to this relationship. She decided to keep it a secret from them. She had a close relationship with her family in Tel Aviv and did not wish to upset them. She was living in New York, busy on a translation from English into Hebrew project. The author describes the relationship in great detail as well as their lifestyle in amazing detail. The novel is full of passion, love and the ups and downs that both partners experience because of their different backgrounds and the shadow of the Israeli-Palestinian Conflict somehow always remains in the background. The book is not meant to be political but rather a novel of love transcending all.

Both Liat and Hilme shared much in common as they come from the same area – Israel and Palestine. Both suffered from the severe New York winter and the author describes this so vividly that the reader sympathizes with both characters. Liat misses her family in Israel and the closeness that she has with them is well described. Hilme, whose family moved from Hebron to Ramallah, is close to his family as well.

The author’s style and the fact that she writes in the first person as if Liat is telling the story creates a certain empathy with Liat and Hilme throughout the novel. The novel is sensitively written and it is so full of human pathos and feeling that holds the reader’s interest throughout.

The book was removed from the recommended reading list for high school students by the Minister of Education in Israel, Naftali Bennett, as he feels that it encourages intermarriage between Israeli Jews and Palestinians. After reading this book, I fail to understand why he made this decision. It created much controversy in Israel as well, especially amongst the right-wing religious readers.  This book is very well written and the author’s talent in describing the main characters and the doubts that each had about their future together is really so vivid. This is a remarkable and incredible read and I would certainly recommend it. It is deserving of a 5-star rating.