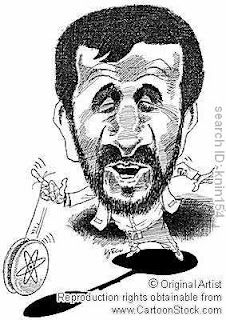 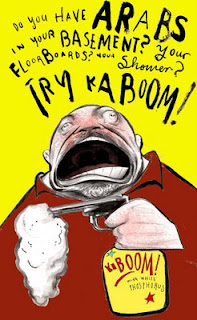 This Lieberman has opposed the peace process, threatened Israeli Arabs with deportation unless they sign loyalty oaths, and lots more. I guess they should be grateful if they are only to be deported. This from Christopher Schult in Der Spiegle:
His words have the force of cluster bombs. He spares no one. He once proposed executing Arab members of the Knesset with ties to Hamas or Hezbollah as "Nazi collaborators." Later he suggested that should proceed in the Gaza Strip the way did in — without consideration for losses or civilians. This remark gained him a reputation as a virulent racist.
If Lieberman had his way, perhaps would have been obliterated as a punishment for 's refusal to shut down its nuclear program. Years ago he threatened — 's key ally in the Arab world — with the bombardment of the Aswan Dam unless the regime withdrew support for then-PLO leader Yasser Arafat. He also had one of his typical remarks at the ready for Egyptian President Hosni Mubarak. It was about time the president paid a visit to , Lieberman said, "and if he doesn't want to come, he can go to hell."

2 has come and gone. It is an absolute disgrace that a conference dedicated to anti-racism under the auspices of the UN has invited President Ahmadinajad of to address this forum.

The Iranian dictator is no human rights paragon of virtue. He is a racist anti-Semite of the worst kind. The paradox of it all is that this holocaust denier uses this platform on the eve of Holocaust Remembrance Day to expound his hate for Jews and the West. Is this what the 2 anti-racism conference all about? Is this a forum for those who expound racism of the worst kind? It is a disgrace that Ahmadinajad was given a platform here. His sentiments are abominable, divisive and illogical.

It is no exaggeration to say that this unsavory personality is in the same league as Hitler of Nazi Germany, Saddam Hussein of Iraq, Pol Pot regime of Cambodia, and Osama bin Laden of Al Qaeda. He is a macabre mix of them all.

Despite this, he was given V.I.P. treatment by his Swiss hosts. Perhaps this is not surprising as had always been neutral in all world conflicts. This country that prides itself in spineless neutrality, adopted an indifferent stance towards the Hitler Nazi regime and preferred expediency to ruthless dictators, chose to remain indifferent to Nazi murders of innocent people and anti-Semitism. In view of ’s history, Swiss tolerance for the Iranian dictator is not surprising.

Much press hype had surrounded 2. It is as if it all hinged on the whims of the Iranian dictator. On his return to Teheran, he continued to call a racist state involved in "ethnic cleansing" and "brutal acts" against the Palestinians. It is a matter of the pot calling the kettle black as usual. What a disgusting hypocrite he is! The outcome of 2, unfortunately, was inconclusive. No great resolutions condemning racism or human rights abuse were passed.

After the Ahmadinajad show, 2 ceased to be press headlines. Another opportunity to unite the world in a worthy cause against racism and human rights abuses had been scuttled. The demonstrations against after the hateful speech were a disgrace. It was so blunt and pointless. Apart from that, those who demonstrated against were those who were racists and human rights abusers themselves. Those who supported Ahmadinajad were a mix of extreme left wing pseudo-communists and right wing fascists - the lunatic fringe of society - who have one thing in common - support for repressive regimes and bashing .

Ahmadinajad is not an upholder of human rights by any stretch of the imagination. The crushing of the opposition to his regime in is very evident. Ahmadinajad does not care for the Palestinians least of all their right to a Palestinian state. He uses their cause cynically to further his own evil interests in the . He is a strategic threat to all peoples in the Middle East and is interested in dominating the and his pseudo-support of the Palestinians is nothing but empty rhetoric. If he really cared about the freedom and wellbeing of the Palestinian people then he would not be developing nuclear weapons. The Palestinian people are under threat of nuclear proliferation no less than and the rest of the . It happens to serve his selfish interests of domination of the .

Perhaps the EU outcry as illustrated by the walk out of 23 delegates against Ahmadinajad’s speech does present some sanity over the completely pathetic scenario witnessed.

So many words wasted on the shocking speech that important issues of racism and human rights abuses were left on the backburner.

The issues of human rights abuses in , , the massacres and torture under the despot Robert Mugabe of were not mentioned. What about Cuba and China, Hamas in Gaza, the Taliban in Afghanistan that is a serious threat to Pakistan where kangaroo courts make rapid and cruel decisions against those who oppose their ruling regimes? This very often ends in death sentences. A deathly silence pervaded 2 when it comes to racism and human rights abuses by these regimes. There was no mention or condemnation of the xenophobia in South Africa towards refugees infiltrating from Mugabe's ? Silence on these serious human rights abuses was very evident. Many of the delegates were so involved in bashing that no thought or time was left for other racial issues which were no less tragic.

is not above criticism for its treatment of Palestinians under occupation. The recent Gaza War had taken its toll on many innocent Palestinian civilians. The truth what happened in has not been revealed in its entirety and many questions about human rights violations by Hamas and by remain unanswered. The maintenance of the Israeli occupation and illegal settlers' abuses of Palestinians in the territories need to be discussed as well and condemned. However this must be in proportion. While there is no denying that the Israeli Army treats Palestinians harshly and there have been human rights violations, it is far from "genocide" and "ethnic cleansing". Overuse has been made of the words "genocide" and "ethnic cleansing" to describe abuses of innocent people in the wrong context. Israel has no policy of exterminating Palestinians and does not indulge in it. This must be emphasized! Discussion of 's human rights record and treatment of the Palestinians which is open to severe criticism should not be given priority over human rights abuses in other parts of the world which is far worse, including .

It is shameful that the UN was the sponsor of this charade which did not deal with the tragic issues of racism and became a mouthpiece for Ahmadinajad and his ilk to spew hate and division.

The fact that the UN saw fit to invite Ahmadinajad is shameful!

Credit goes to those countries that boycotted the conference. It came as no surprise that the Ahmadinajad speech was a cover for the human rights abuses in his own country.

I wish to end my article by quoting from a Gush Shalom advert in Haaretz 24th April 2009:

Who has built a career

On incitement and appeal

To the basest instincts,

Made a speech at the

Who himself had built a career

On incitement and appeal

To the basest instincts".

The Israeli Foreign Minister and the Iranian President seem to share a common racist tongue.

Posted by Shimonzk at 8:33 pm No comments:

Posted by Shimonzk at 7:02 pm No comments: