There seems to be a certain inconsistency in what the Israeli government tells the world about settlements in the occupied territories and what occurs on the ground.

While PM Binyamin Netanyahu reacted to President Obama's Cairo Speech by giving ambiguous support to the two-state solution, we all know that he does not intend to do anything to remove illegal settlements. His speech was so full of conditions for a two-state solution that would render it an impossible goal. It is obvious that the Palestinian leadership would never accept these conditions.

Meanwhile the demolitions of Palestinian buildings continue. On 13th July 2009, bulldozers entered Bet Hanina next to the community centre. Demolitions of homes have occurred in Ras Elamud and Isawia. A home was destroyed. This has resulted in seven family members now being rendered homeless. Has the Israeli government frozen settlements and ceased demolition of homes? Facts on the ground seem to verify that the demolitions of Palestinian homes are continuing. The excuse given is that these homes were built illegally (or without permits). What about illegal settlements built in the occupied territories? These settlements are illegal according to international law, but Israeli law has declared them legal.


The basis of the right wing government is to create a new situation on the ground. It is obvious that the expansion of existing settlements and the creation of new settlements on stolen Palestinian lands will ensure that a Palestinian state alongside will never be attained.

The arrogance of the Israeli government of not recognizing the Palestinian right to an independent state is a fact because of the settlement activity compounded by demolitions of Palestinian homes.

The scenarios are all the same. Zionist right wing extremists start the ball rolling by causing damage to Palestinian agricultural lands. This is done by uprooting Palestinian owned olive trees. As if this is not enough, they continue to cause damage to Palestinian property. They are a cancer in Israeli society that has tacit support from the right wing coalition partners. The Israeli authorities are very lenient and many of those responsible for the damage are not even punished.

occupied Palestinian territories because of the Six Day War in June 1967. The Israeli government ruling at the time and successive governments after that legalized the establishment of settlements in the occupied territories. After encouraging Israelis to settle on usurped Palestinian lands they tell the world that they do not wish to rule another people. De facto, this is what they are doing! One does not settle occupied territory if the intention is to return this territory to the Palestinians.

Contrary to the thinking of most Israelis, President Obama is good for . He is mending US relations with the Arab states and adopting a more even handed policy in the . His attitude towards Israeli settlements in the occupied territories is against the policies of the Netanyahu coalition of right wingers with the wimpish Labour Party part of it. It remains to be seen how the Israeli government will avoid a collision with the . President Obama is taking a more active stand in his attitude towards achieving peace between and its neighbors. His predecessor, President Bush did very little to achieve peace.

One thing is certain, if there is no withdrawal from the occupied territories including dismantling of settlements, there will never be peace. Of course there will be Israelis who will say that there was unilateral withdrawal from and the result was rocket fire into Israeli towns such as Sderot, and neighboring towns. The problem is that the moment there are unilateral actions there are no peace agreements. Had there been an orderly transfer of power to a responsible Palestinian government committed to peace, law and order, the situation would be different.

must share the blame for the creation of Hamas which is an extension of the extremist Egyptian Moslem Brotherhood. Prior to the Oslo Accords, adopted a "divide and rule" policy towards Hamas. The government in the late 1980s supported Hamas in order to weaken the PLO. It boomeranged in the end.

According to United Press International,

and Hamas may currently be locked in deadly combat, but, according to several current and former intelligence officials, beginning in the late 1970s, Tel Aviv gave direct and indirect financial aid to Hamas over a period of years.

wanted to radicalize the dispute by molding Hamas into a fundamentalist militant crusade to ape the Khomeini revolution in . So much so that Israel groomed potential Hamas leaders, pressuring Israeli authorities to give them licenses to set up food kitchens, clinics, schools, and day-care centers, to create a governing structure alternative to Arafat's Fatah. These were known as Village Leagues - and provided future Hamas operatives with a political and governmental foothold. This began in 1978 when Prime Minister Menachem Begin, himself a former terrorist leader, approved an application from Sheik Ahmad Yassin to license the Islamic Association, which would later produce a military wing, Hamas, in 1987. The Israeli Likud party propped up Yassin because they both had the same agenda, to destabilize Arafat’s Fatah. 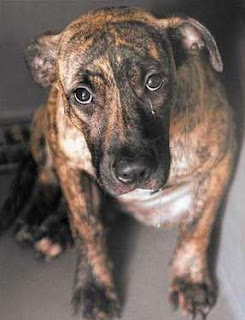 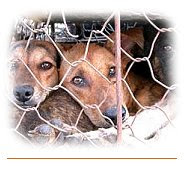 The oppressive summer in is here. The cruel sun shielded by the humidity clouds seems to signal those who have the means to leave the country for cooler horizons beyond 's borders.


School holidays have begun and with it the boredom of the school children. Those children who have nothing to do, turn to vandalism - damaging public facilities, drinking alcoholic beverages, and even resorting to violence.

The more fortunate go on family holidays overseas on package deals or family visits. The annual temporary exodus has begun in earnest.

The results of this annual exodus are plain for all to see. It is the annual nightmare for family pets. In many cases, the purchase of a pet is a form of status symbol until the novelty wears off. Those who leave the cities or large towns in order to purchase homes in community settlements do so in their desire to improve their quality of life. A garden, dog, cat or both comes with the "improved quality of life". This is the dream of many married couples with young children.

At the time of purchasing a pet, no thought is given for the moment the family decides to go on vacation. In many cases the care of the pet becomes the responsibility of young children who are the ones that pressure the parents into purchasing a pet. It does not take long for the family to tire of the pet and the responsibility for its care. When this happens the scenario is horrifying. The dog remains chained in the garden without food or water. In the summer heat of , it does not take long for the dog to dehydrate. I have witnessed this in the settlement where I live and have brought it to the attention of the owners who do not seem to care. The above link applies no less to what happens to pets in than anywhere else even though it is not an Israeli link.

In some cases, if the pet is a bitch and gives birth to puppies, then the scenario becomes tragic and macabre. If homes are not found for puppies soon the puppies are abandoned. A common practice is the placing of the puppies in a carton in the middle of the main road in the hope that a car would ride over them!

Another tactic of abandonment is the release of pets onto a kibbutz and leaving it to the kibbutz members to find a solution. Thus the holiday makers can enjoy their sojourn overseas without a worry. Sometimes dogs and cats are abandoned in wide open spaces far from their owner's homes to ensure that they never return.

The amazing cruelty that is committed towards household pets by abandoning them in the desperation to spend a holiday overseas is horrifying and tragic. This practice is more widespread than one would like to believe. One can judge a society by the way it treats its animals.

There are facilities in for the care of pets while the owners are overseas. Unfortunately many people feel that the expense involved is not justifiable. However going overseas and arranging boarding kennels for their pets seems to be beyond their budget. This does not include the amount of money spent going on holiday of course.

People of the do not have a great reputation for kindness to animals. is also part of the wider family with similar characteristics when it comes to treating its animal population. Fortunately, in Israel various non-profitable societies are staffed by dedicated people (many of them are volunteers) who care for strays and abandoned pets. They operate on shoe string budgets which are inadequate for the incredible task that they have in hand. Another organization is Chai –on-line where one can report mistreatment and abuse of animals

The Israeli government does not subsidize societies devoted to prevent cruelty to animals nor is there any education of children in that direction. There are a number of animal shelters in Israel crying out for donations. Their work is so important and not enough emphasis is given on their importance.

A society that is not sufficiently aware of cruelty to its pets cannot be viewed as a humane society. This applies to Palestinians no less than Israelis. The punishment meted out to perpetrators of cruelty is far too lenient and education of the younger generation on avoiding cruelty to animals is inadequate.

Another horrible practice is the ceremony of Kapporot carried out prior to Yom Kippur. While this is not the purpose of my article, it does deserve mention. It is the ritual slaughter of chickens. The religious and secular argument revolving the ritual has been going on for quite some time. In the ritual, a chicken is held at the shoulder blade and swung around a person's head three times, supposedly transferring the sins of the person to the chicken. The chicken is then slaughtered and given to a needy family.

Many may ask what does this have to do with the Israeli-Palestinian conflict to which my blog is dedicated. There is no clear cut answer. Cruelty to animals unfortunately is very common place in Palestinian society as well. I would say that the situation for animals in Palestinian territories is far worse. There are no facilities at all for stray animals there and torture of animals is very common place in . Donkeys are often used as beasts of burden in . Many are so ill-treated and whipped until they die. The load on the donkey cart is heavy and the poor donkey is constantly whipped in the searing heat until they collapse! The scenario is horrifying. Nevertheless this does not let Israelis off the hook when it comes to animal care. Cruelty to animals is inexcusable!