The Passover (Pesach) Season is upon us. The celebration of the Israelites’ escape from bondage in Egypt led by Moses is here. Most observant Jews in Israel and in the Diaspora will be sitting down to the Pesach meal or Seder with all its symbolism of freedom from slavery in Egypt. The Haggadah is read before the Seder meal. I feel that it is so archaic and lacking in relevance. The reading is rushed through rapidly as it becomes a tedious exercise in resilience.

It should be a challenge to all of us as Jews to seek new meanings and learning new lessons as to how relevant Pesach remains today. It is not enough to celebrate the liberation of the Israelites, who to all intents and purposes, are our ancestors.

While very few even think of Pesach from a wider more modern spectrum and are so involved in outdated rituals as to what is Kosher for Pesach and what is not. The religious hair-splitting explanation over what is “kitniot” –“legumes” that are forbidden to be eaten by religious Ashkenazim.

We should be giving more thought to those who are still not free in countries that deny their citizens' basic human rights. 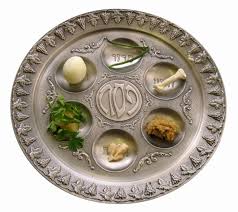 The conflict does not appear to have any solution in sight. The moral idea of an independent Palestinian State alongside Israel is just not going to occur. It remains within the realm of the impossible. All we can do as Jews is to declare the desire for an independent, free, Palestinian State alongside Israel living in peace. It is a similar desire of “Next year in Rebuilt Jerusalem” at the end of the Haggadah reading which we know will also never occur.

Posted by Shimonzk at 1:16 pm No comments:

Racism in the Netanyahu Coalition

Racism is inherent in many segments of Israel’s society. This is reflected in voting patterns when there are General Elections for the Knesset.

Today the Israeli Coalition is right of center and composed of two non-Zionist ultra-Orthodox Parties (Shas and Torah Judaism Parties), Jewish Home Party (a macabre mix of religious Zionists, Kach Party (an illegal Kahanist, pseudo fascist racist party that has integrated into the Jewish Home Party)  and settler oriented groups), Kulanu (the closer to centre and more liberal)) and the Likud that is the main component. It is important to note that the Kahanists (Kach Party) is well represented by the Deputy Speaker of the Knesset, kippa-cladded, tzitzit-dangling, Bezalel Smotrich of the Jewish Home Party. Highlight of his statements: "My wife is not racist, but after giving birth she wants to rest, not suffer through the parties customarily held by Arab families," he tweeted. Several additional tweets explained: "This isn't just about convenience. Jews and Arabs have been fighting over this country for a hundred years. It's only natural that my wife doesn't want to be in a bed next to someone who just had a baby that 20 years from now, might want to kill her baby."

Had this racist not been a Knesset Member, we could view him as an insignificant, racist on the fringes (perhaps the tzizit fringes) of little significance. He is basically soft-serve Price Tag with views similar to the Hilltop Youth scum that vandalises Palestinian property in the territories.
Bezalel Smotrich dared to utter racist anti-Arab statements that are so shocking and deserve nation-wide condemnation. Even the leader of this extremist right wing Jewish Home Party, Naftali Bennett, the Minister of Education, condemned the Smotrich racist statements. It is unfortunate that he did not go far enough. He should have demanded the resignation of Smotrich. Smotrich represents all that is ugly in Jewish Home Party ideology. He is a reprehensible character in the Knesset. It is unfortunate that there is no shortage of them that is dragging Israel’s reputation into disrepute and serving the agenda of BDS and anf anti-Israel groups. What more does one need to give grist to the mill of those double standard, self-styled “progressive” humanists, who never miss an opportunity to accuse Israel of practising South African-style apartheid? Smotrich has achieved this.
There is another way in the settler way of thinking and this is well illustrated by Hadassah Froman, wife of the late Rabbi Menachem Froman of Tekoah. The following is her response to Bezalel Smotrich:
“Hello, Bezalel,
I may not know you personally, but I know your parents. On a certain level, one could say that you represent the second generation of the Gush Emunim settlement movement, among whose founders were your parents and me. Recent events – the fire bombing in Duma; the soldier who shot a disarmed attacker in Hebron; your comments this week – and the polemic they engendered have reawakened the need to bring into focus the profound meaning of our presence in this land.
The settlement movement that issued forth from the teachings of Rabbi Abraham Isaac Kook bore with it a spiritual vision of the return to the land. In his book “Orot,” Rabbi Kook repeatedly describes the Jewish people’s mission to bear the torch of the light of God, of justice, morality, love and kindness, in the world. Notably, he portrays this mission in universal terms. That is the purpose of our return to the land, that is the true Jewish courage, and that is what we must actualize here.
Let me tell you, Bezalel, that his son, Rabbi Zvi Yehuda Kook, said on multiple occasions, “We have nothing against Ahmad or Mustafa. We do not fight the Arab man because he is Arab.” Or, as the elder Rabbi Kook put it, Jewish nationalism must remain untainted by the impurity of racism, for otherwise it has no right to exist. Rabbi Kook, like other early Zionist thinkers, saw the Zionist idea as a spiritual message that would imbue the world with the light of justice and morality, with love of man and his holiness, and that would realize its message in the land we’ve always yearned for.
That is our message, and it is with that grand spirit that we established a state. That is the historic, divine process that reconnected us to this land, and that is our mission in the world.
Within this process, we must bear in mind that the Palestinian people that dwells in this land is not a mistake of the divine plan. It is here so that we can learn to establish ourselves in the land while broadening our perspective on reality. This is a word of God that we must internalize: how to live here by building dialogue with another people, another culture, another religion. Indeed, it is a difficult task, one that we must carry out by way of the structures with which we conduct our lives: the institutions of government, culture and welfare; civil society and the military; and the education system.
The issue goes way beyond the question of where to build a settlement and how to protect it; it is at the core of our very existence, and if we will fail to internalize that fact, we will not remain here. The Jewish people, consciously or not, is the bearer of a profound spiritual message for the world, and it will not allow you to lead it if you are guided by a racist outlook that denies the other’s existence.
If you see the other in a negative light, if you can’t relate to his celebrations, or if you consider his child a potential murderer, then you do not comprehend, and you are unfit to lead, because you are narrow-minded and controlled by your existential fear. Your outlook pulls the ground out from under our very existence in this land. That is not the purpose of our arrival here – to dominate, to expel the other, or to deny his right to exist.
The idea that one can embody holiness, purity and a deep connection to the land through the denial of another’s existence is not only unrealistic; it is evident of a profound spiritual miscomprehension. Sadly, your words lead our entire national religious community to the brink of a chasm that undermines and threatens our very existence.
Both you and your wife, who was quoted in the media, and we, as a community that seeks to blaze the path of our return to the land, must search our souls and realize that we will lose our way if we give in to fear, segregation and hatred.
You, Bezalel, have lost your way. Take back what you said before it is too late and everything will crumble into the abyss. I call upon you, and upon the community of which you are a leader, to internalize a turn of phrase coined by my late husband, Rabbi Menachem Froman: “The settlements are fingers extended in peace.” Only through a deep connection to the land, and to the word of God, can we truly succeed in bringing the Palestinian people closer to the love, peace and holiness inherent in it.”

The Jewish Home has strayed from what Judaism is supposed to mean. It has become more extreme and less tolerant of non-Jewish Israelis.
While Smotrich remains in the Knesset and is not made to resign, despite the opposition to his racism, we can assume that he still represents the views of many members in the Jewish Home Party towards 20% of Israel’s non-Jewish citizens. Smotrich must go!!

Posted by Shimonzk at 3:51 pm No comments: